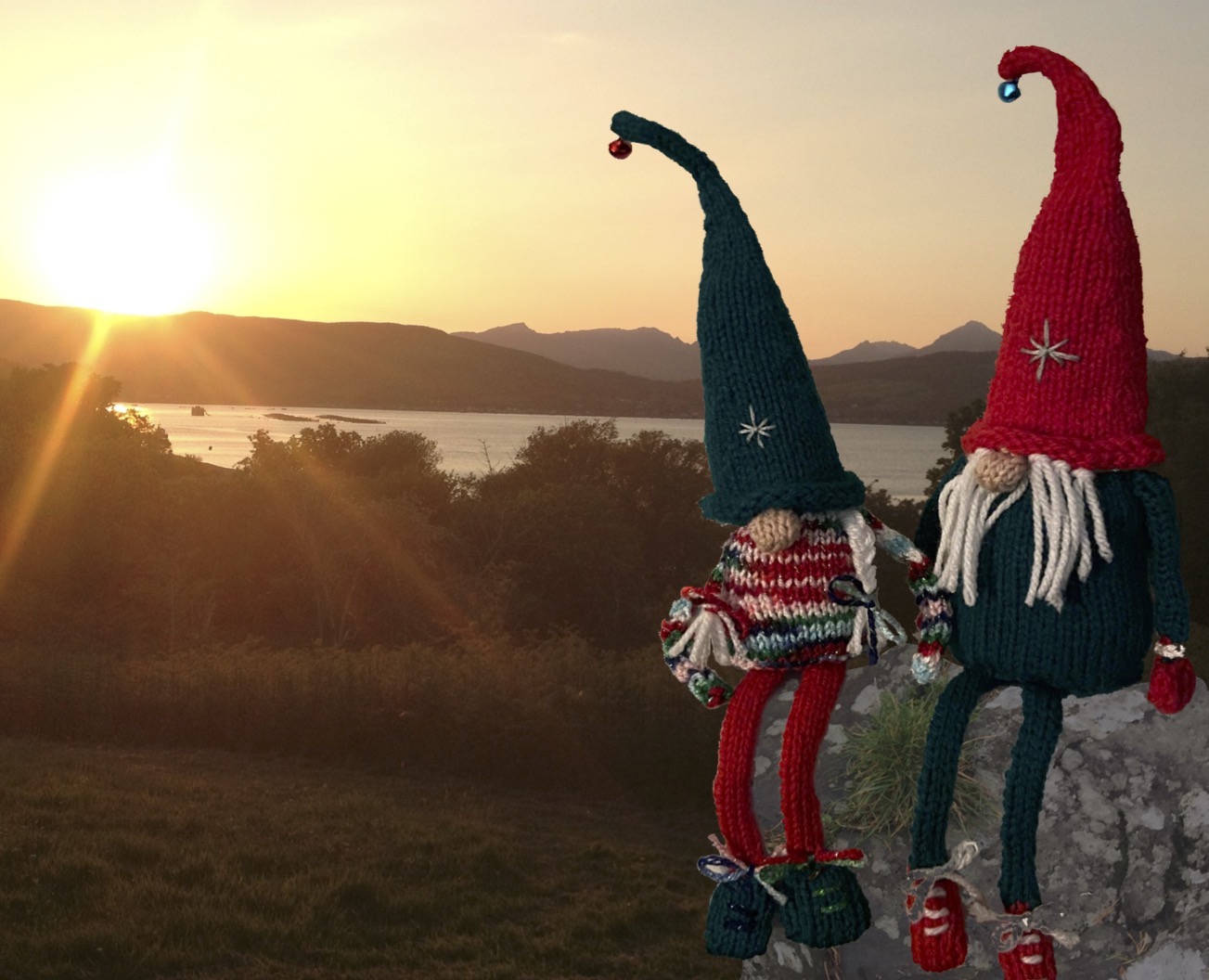 Kate’s Keekin-gless is a renowned Arran fairy tale written in the Scots language. The story is a bawdy romp around the Isle of Arran in the 18th century.

A beautiful island girl bids to leave Arran – preferably with a rich husband, but not everything goes to plan after she receives the gift of a mirror, and the Wee-Folk turn against her.

LISTEN TO THE PLAY NOW.

Read along while you listen to the audio.
A loose translation of the dialogue in Kate’s Keekin-gless that will help those who don’t have the Scots to understand the subtleties of the language and to follow the story.
Scots speakers may even crack a smile.

Kate’s Keekin-gless was written by Alasdair Dunn the well known Arran potter and teacher. The story includes a point of view some may consider outdated. I have tried to treat this with empathy in the adaptation.

I feel a connection to the story because my dad, Archie Boyd, made a 16mm film of it with Alasdair in the 1960s, which is why I adapted the play for audio.

I’ve known Arran all my life, and the audio adaptation of Kate’s Keekin-gless pays tribute to my dad’s achievement as a film-maker who won awards at the Glasgow Film Theatre, to celebrate Alasdair’s work, and their shared love of Arran.

Kate’s Keekin-gless was originally performed by drama societies both on Arran and across Scotland.  Alasdair and Archie’s film starred Arran actors mostly from the Whiting Bay drama club, and although the film was donated on Arran, it can no longer be found.

In order of appearance.

Kate is a young, beautiful but vain trollop.  She can be haughty and arrogant, and intends to make the most of life.  Her ambition is to leave Arran, preferably with a rich man, and she does whatever it takes to succeed.  Kate is obsessed with the apparently magical keekin-gless Simon has given her.  She plans to seduce him as she thinks Simon is her best opportunity yet for escape.  Kate speaks the Scots language.

Lizzie is a world-weary, older woman weighed down by the peats she carries in a wicker basket on her shoulder.  She shuffles as she walks and has difficulty in looking up.  Lizzie understands more of her than Kate would like, and her cynicism shows.  She speaks the Scots language.

Simon is an Englishman, sent to Arran by his artist father to find a Scottish, “perfect” beauty for his next portrait.  Simon is a rake and a cad; possibly a failed soldier.  He indulges his own agenda, making unrealistic promises as he enthusiastically wenches his way through the pretty young women of the island.  He speaks English with an upper-class accent.

Davie is Lizzie’s son, who could be described in Arran terms as a “bodach”.  He is believed to have been cursed with a simple mind at birth by the Wee-Folk.  Davie has a good heart, but is easily led.  He perceives the world in child-like terms, and believes he can see the Wee-Folk.  He is prone to over excitement and rushing around.  Davie speaks the Scots language, and often stutters with enthusiasm and frustration.

Willy is the son of a local landowner.  He was born with a huge nose, cursed on him because his father had displeased the Wee Folk.  He has a snuff habit, which along with the size of his nose, does nothing to please Kate.  Willy has always loved Kate, and his lack of experience with other women occasionally leaves him tongue-tied and at a disadvantage, especially in casual conversation.  He speaks the Scots language.

The grotesque pair of supernatural bogles are Man and Wife.  He has a red, pock marked face and red hair.  The Wife is completely green, but with red pustules, and hair dripping with mucous.  They take glee in their command of the glamourie, and casting vindictive cantrips.  Their voices are “other-worldly” speaking the Scots language and Gaelic. No Bogles were harmed in the making of this audio drama.