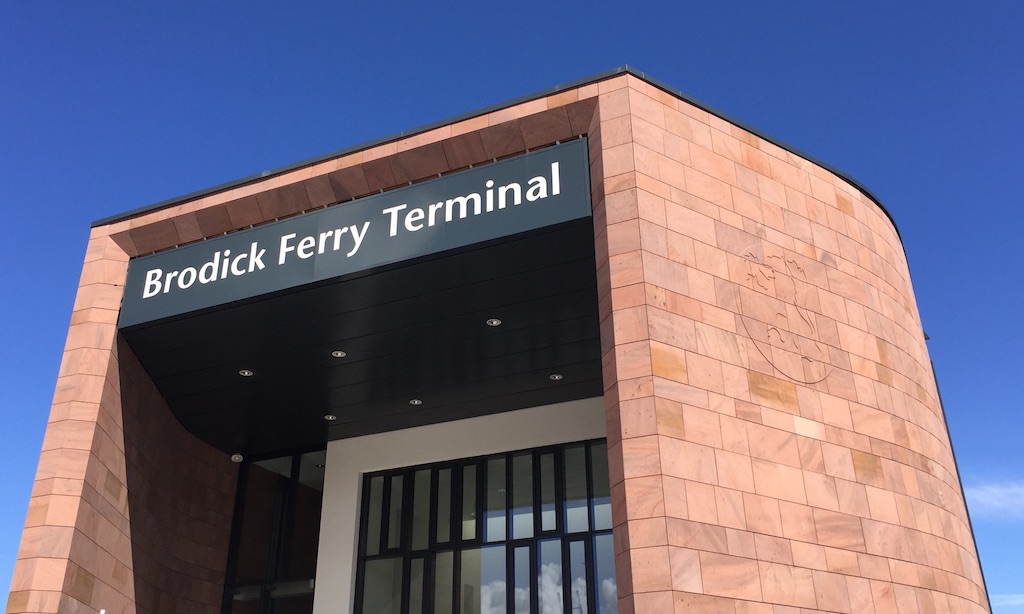 The Isle of Arran depends on tourism for its lifeblood.  Brodick pier is the main gateway to the island, so it was a cause for celebration when it was announced that a new ferry terminal was to be built. Of course there were and still are skeptics.

The new ferry terminal was to be ready for use in August 2017, but is it an horrendous monstrosity or fit for the 21st century?  Is there another harbour that needs attention to improve the tourist experience?

We’re told that, for a variety of reasons, the ferry won’t be using the new facilities before Easter.  One of the skeptics asked in a recent letter to the Arran Banner, “and which Easter will that be?”

There have been developments since this episode was recorded back in August 2017.

Although I started out to celebrate the new ferry terminal in Brodick, the episode grew its own life and became a condemnation of a lack of investment at the other end of our lifeline ferry route – the harbour at Ardrossan.

Defending against a rival bid, North Ayrshire Council’s Business Department promised in a press release to invest £13 million (thirteen million) to redevelop Ardrossan harbour if the ferry would continue to use it.  It came as quite a surprise when The Ardrossan Herald trumpeted on 07 September that the Council had announced an investment of just £1.3million (one point three million) to tart-up Ardrossan harbour.   Is moving the decimal point a dissembling Council’s attempt to conceal a cynical reversal of their original promise behind a figure that looks so similar? What’s happening with the other £11.7 million and the further £100 million they promised to attract over the next five years?